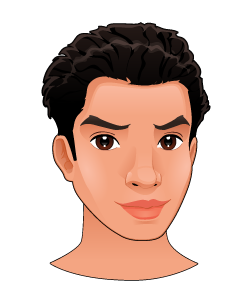 My parents were avid art collectors when I was growing up, so our house was always full of unique, unusual, and remarkable pieces. It taught me to appreciate both art and the artists that create it. Much of my adult life has been spent attending gallery crawls, new shows, and other similar events looking for undiscovered and rising artists. I decided to teach others what I've learned about art, how to spot successful artists, and how to choose the right pieces for their home. I hope that the information on this site helps you not only appreciate but also properly invest in art that speaks to you.

When you choose to read anthropomorphic animal comics, you will come across a wide range of critters and creatures across the animal kingdom. The animals get transformed in a wide range of ways and have some unique features that get blended with human qualities.

If you read anthro comics that feature rabbits, then you can see ways that authors and illustrators create completely unique characters. Check out some of the ways anthro comics will transform rabbits and use the animal characteristics to create well-rounded stories and personalities.

The ears of a rabbit help the animal stand out from other animals. Artists will take great liberties with a rabbit's ears and can showcase the long ears in a variety of ways on a character. For example, an artist may use a rabbit's long ear to showcase different styles. A rabbit could have their ears formed into fancy loops and placed straight down on the sides.

Visual gags may include a rabbit who covers their face with the ears. A rabbit may use a bandana to tie the ears together and create a more serious look. When dressed as humans, the rabbit's ears could remain hidden underneath a hat or an artist could draw holes in the hats for the ears to pop out of.

The ears will often become a focal point for the character and comic book creators will become really purposeful with their ear designs.

The simple hopping from rabbits in real life has completely transformed their uses in comics. Rabbits in anthro comics may jump high, move fast, and often become part of elaborate action scenes. They often appear shorter and lean, with fast reflexes and abilities.

If you read superhero anthro comics, then rabbit characters will showcase these natural skills along with heightened skills if superpowers are involved.

Animals in anthro comics will often stand like humans, and the same goes for rabbits. Their feet may still appear long, but they can stand up taller than usual and will typically have a skinny design. The postures do not always match the round shape of a real bunny and can create some unique looks for the rabbits.

Along with the ears mentioned before, the clothing styles may have designs that cater directly to a rabbit's tail. A hole in the pants could allow the fluffy tail to easily poke out and showcase another signature feature of the animal.

Browse through anthro comic collections to find collections that feature bunnies with all different styles and designs.